Top 5 Bars To Watch The Super Bowl in Manhattan Beach

Like many others, we’re sure you’re starting to think about where you’ll be spending Super Bowl Sunday. Because there are an overwhelming number of bars and restaurants to choose from in Manhattan Beach, we decided to put together the Top 5 places to watch the Super Bowl this Sunday, February 2nd.

We’ve gone ahead and done the legwork for you by calling all of our top picks and making sure they’ll be airing the game!

Grunions Sports Bar & Grill – Tucked away on Sepulveda, this hidden Manhattan Beach dive bar has been around since the 70’s. Originally bought by two Philadelphia natives, Danny and Pat, Grunions has served locals through the decades. They’ll be having an All You Can Eat and drink event all day…yes you read right! $60 will get you into Grunions for all the food and drinks you can stomach throughout the day. Doors open at 9am for breakfast and will stay open until the last of the crowds filter out after the game.

OB’s Pub & Grill – Established back in 1985, OB’s has been serving the Manhattan Beach community for

over 25 years. They’ll be airing the game and crowds are sure to be flocking to this local staple. If you’re planning on being in El Porto, we suggest heading down to OB’s early to secure a great spot!...

Now that we’re a few weeks removed from the New Year, it may be the perfect time to think about trying something new. Pilates gained popularity several years ago but Formula Pilates + Juice has revamped the traditional Pilates studio by adding a juice bar for its members.

We sat down with one of the owner, Jasmine Sharp to learn more about the studio.

Q: Tell me a bit about your business.
A: Formula is a lifestyle that combines fueling ones’ body with nutrient dense organic cold-pressed juice and keeping it fit by exercising Pilates Reformer machines designed by formula owner.

Q: How did your interest in Pilates initially start?
A: I was in Real Estate Acquisitions and my lender asked me to join her in a class of a newly opened studio in Palm Springs where I used to live. Needless to say one thing led to another and after assisting in the launch of 8 other studios I finally took the next step in designing my own machine and opening a studio in Seattle then another here in Manhattan Beach. 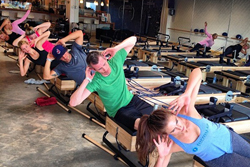 Q: How’d the idea of Pilates and a juice bar get started?
A: If you ever have worked with a nutritionist or trainer, they will always tell you “You Can’t Out Train Your Diet.” Fueling the body correctly with high net nutrition is more important than those weekend warriors busting their buns to break even from pizza and beer. We’ve created the formula...

The Roundhouse Marine Studies Lab and Aquarium is a non-profit focused on teaching visitors about marine life, the environment and our oceans. Situated at the end of the Manhattan Beach Pier, its prime location has allowed it to serve as a staple in the city.

We sat down with Valerie Hill, Administrative Director & Educational Co-Director, to learn more about the aquarium and its services.

Q: How long have you been working at the aquarium?
A: “I’ve bee with the aquarium for 10 years now. “

Q: Wow. How’d you initially hear about the aquarium?
A: “I first started as a volunteer while I was in college. I’ve been with them ever since.”

Q: What’s the most important benefit of the aquarium?
A: “I think the fact that it’s free and open to the public. People aren’t restricted by cost or time because they can spend as must time here as they’d want.”

Q: What do you love most about working at the aquarium?
A: “I love our staff and other volunteers. It’s a good group of people, both paid and unpaid. Can’t beat the view, who else can say they have the view we do? I also love the animals and teaching people about new things every day.”

Q: What’s the funniest story you can remember about your students?
A: “When kids come into the aquarium for their field trips, we have them hold the live animals. Sea stars, sea cucumbers, etc. One kid from each class gets to kiss the sea cucumber for seven years of good look. That’s the most entertaining part because of the... 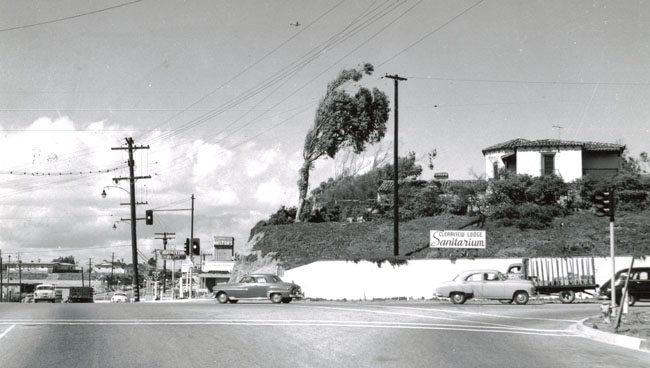 How did, Arteria Boulevard, this community's southerly boundary come to be? On March 13, 1883, an Act of the California Legislature entitled "An act to provide for the organization, incorporation and government of municipal corporations," gave the voters the right to petition to become a city.

In September of 1912, after the necessary signatures were obtained, approximately 85 qualified residents presented a petition to the Los Angeles County Board of Supervisors for incorporation. At another hearing in October of the same year, the petition was declared to be in order with the inhabitants residing within the boundaries verified to be six hundred. The

Supervisors also established the boundaries of the proposed municipal corporation. November 25, 1912 was the date set for an election within the proposed boundaries, and to determine whether the town should be incorporated.

On December 2, 1912, returns were counted and the County Board of Supervisors, with a unanimous aye, ordered that all the territory situated in the county of Los Angeles, State of California, and within the boundaries so described, was a duly Incorporated Municipal Corporation of the sixth class, under the name and style of "City of Manhattan Beach."

However, it would not be until 1934, when the State of California provided employment to local workmen to improve Gould, one of the original roads in the area....